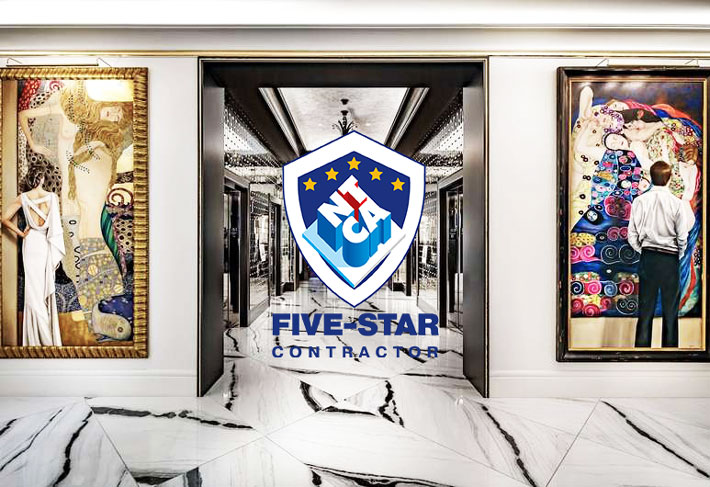 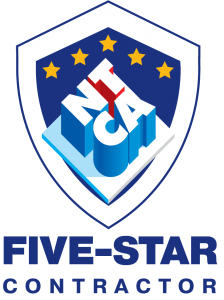 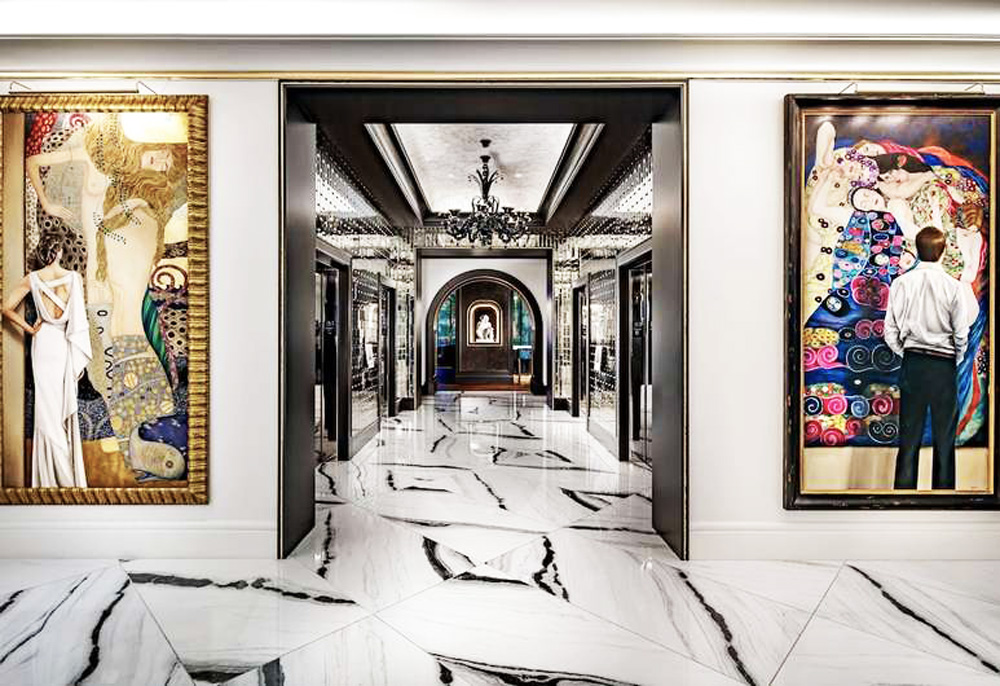 The National Tile Contractors Association awarded three NTCA Five-Star Project of the Year awards to Five-Star Contractor members and we are honored to have been selected as the Commercial Elite Grand Prize Winner for our job at the Grand Bohemian Hotel in Charlotte, NC!

This 17 story high-rise with 254 guestrooms used more than 85,000 sq. ft. of porcelain, glass, and mosaic tiles in guestrooms, bathrooms, and throughout public spaces. The feature design included a cut-to-size pattern of 700 uniquely shaped triangles designed to emulate a “galaxy” flowing through the entry. This triangle pattern presented the challenge of having many small and sharply-pointed pieces that would not be effectively installed individually. Instead, individual tiles were grouped into “pods” that would allow larger sections of the pattern to be installed in the field, As the tiles were cut on the waterjet machine, each piece was labeled to match an overall key plan. Then, each group of tiles in that pod was assembled offsite. Epoxy grout was used to bond the pods together until they were set. Templates were waterjet cut to ensure the perimeter of each pod was perfectly accurate. This complex project was artfully orchestrated to finish with a beautiful and durable project. 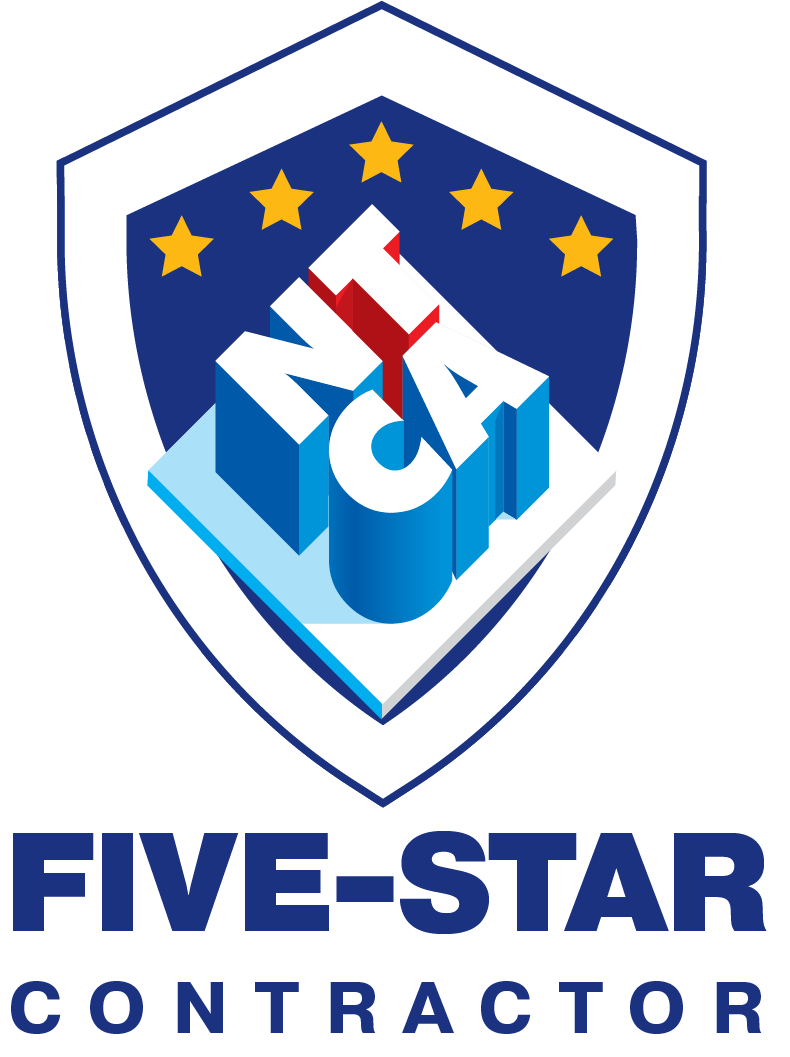